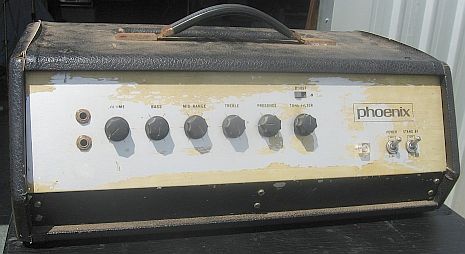 I have had a Phoenix valve head for a few years now. From the time I stumbled over your web site I have been meaning to send some pics in as the Phoenix listing is a little bare. (Sorry about the delay.)

History seems to unfold slowly, and in fits and starts - the unexpected is one of the joys of running this site. -rr

The amp was given to me by a mate in non-working order. It's history is sketchy, however it appears it was owned and used by a guitarist somewhere around Toowoomba in Queensland. From there a younger owner was using it to amplify a stereo. It looked as though it had been powered up without a load before I got it. It also appears to have had some other repairs done at an earlier date. 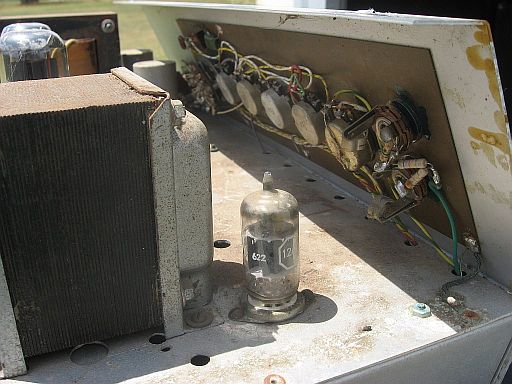 John, at BJ Amps (maker of Ratajczyk amps), near Brisbane performed the repairs for me. These repairs included a new pair of Russian made Mullard EL34's, 2 new bases for the output valves and some associated wiring in that area. (The scorching was so bad that the bases were damaged!)

On opening up the amp for photos today I recorded the following information and markings:

Being a bass player, my guitar work could be described as average at best. However I do run the Phoenix with a cheap Asian SG copy either through an old cab loaded with a 12” Etone or a Fender 4 * 8” bin from an old valve PA. (The 12” cab is from a Teisco Checkmate valve guitar amp.) While guitar and speaker quality could be better, I am wrapped with the sound of the Phoenix. 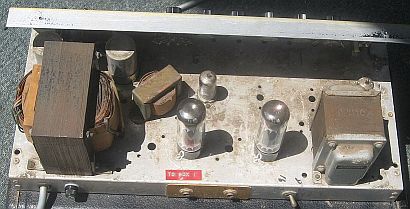 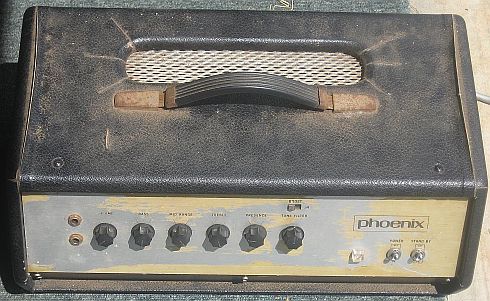 Huh? Take another look at that back plate. Surely the right answer was to put it on the right way up, rather than cutting a plug slot... -rr

(no longer) a name only

Gill's valve amps sounded very nice, the one I recently saw at Sunburst had, I think, EL34s and were powering a big quad box with 4 x 12” Rolas.

His valve amps, with a Les Paul pushing in front sounded very nice indeed in the 70's.

He then moved into Solid State amps, (I think designed by Phil Storey, founder of Jands [“Jackson + Storey”] ..

These sounded shocking, largely due to the low level cross over distortion. I sold mine very swiftly.