Grant Wills has come up with a circuit tracing.

The Travis is a 4 x EL34 amp (100w). It was named after a band called “Travis something something”(*) or something close (three words with a travis in it). He made this amp for them I think and then named it after them.

The chassis is made to take 6 tubes and that 150W version was called a Centurion.

He was building them in Adelaide and churned out quite a few. The one I picked up has a serial number of 1006. I do know that Masters Apprentices got him to design amps for them in the early days. He also designed and build speaker boxes.

Justin's Riteamps site is still under construction but there's a nice picture of the Travis 100 as a placemarker. 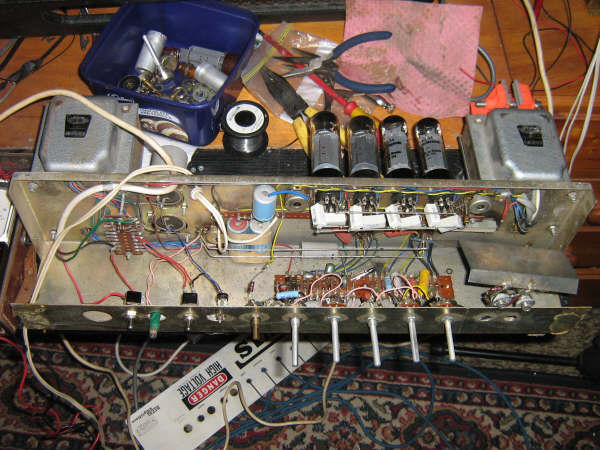