The King of Loud 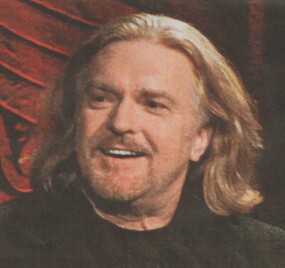 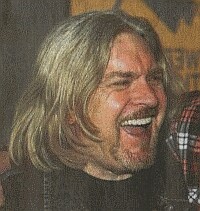 The hardest rocker of Aussie hard rockers, Billy Thorpe, has died suddenly in a Sydney hospital after suffering a massive heart attack at home, aged just 60.

Still gigging only last week, Billy was known off-stage as professional and warm, an intellegent, vital, forward-thinking and alive guy.

His theme tracks Most People I Know (Think That I'm Crazy) helped many of us survive our teen years, and Do What You Wanna Do, Be What You Wanna Be spurred us on.

Possibly the loudest man in Aussie rock, famous for the fifteen-minute boogie when three minute numbers were the norm, Thropie was the inspiration for some of the biggest valve guitar amps ever built for regular gigging.

Lately Thorpie has been one of the driving forces behind Support Act, a benevolent fund to support music industry workers.

Our thoughts and condolences go out to his family.

Roly asked me if I would write an obit for Thorpie for the site.

What could I write that hasn't been written or said in every newspaper in the country? What could I contribute?

Certainly it makes you think about your own mortality, my god we were almost the same age.

Personal memories may be a way to start?

...stretch that tremolo arm, wah wah and rock on in C,

The two greatest rock and roll acts I ever saw were in LIVE venues; Suzi Quatro, live at the Collendina Hotel, Ocean Grove and Billy Thorpe live at the Sundowner Hotel, Geelong.

Billy just blew the place apart. Yes, I saw the Stones, and Clapton only a couple of weeks ago but Billy and Suzi really rocked.

So last night I cranked up the Goldie connected every speaker box, pulled out the old Maton and gave the neighbors a taste of what it was like to be in a room with Thorpie, BLOODY LOUD.

That act of personal indulgence over I shed a tear, not for Thorpie but because I was angry for the loss of rock and roll and the LIVE venues that created those great individuals.

Nostalgia, bull shit, every time I pull up at the lights and some wanker in a Hyundai pulls up, woomph, woomph, woomph - I mean, for gods sake what happened to the music?

The man knew how to crank an amp.

Thorpie was once arrested for saying “fuck” on stage, and true to form said it again for the TV cameras waiting outside the court. He would later be booted as a TV rock show presenter for announcing his intention to try LSD, denounced in Parliament and the press for “drug madness”.

There is also a story that he played so loud one night at the Village Green Hotel in Melbourne that he shattered a decorative fish tank. I missed that one, but I couldn't count the times in the 60's when I had a night off and joined the other wannabes along the front of the stage watching every move. - rr

1964 Blue Day/You Don't Love Me. Poison Ivy goes to No.1. Mashed Potato/Don't You Know, Sick And Tired/Over The Rainbow.

1970 Lobby Loyde leaves the Aztecs and Thorpie takes over lead guitar. Album The Hoax Is Over in top 20 for 10 weeks.

1976 Tours with re-formed Aztecs. Returns to US.

1981 Returns to promote 21st Century Man, Stimulation, It's All Happinin'.

1986 Writes music for War Of The Worlds, Star Trek, Colombo, Eight Is Enough.

1991 Inducted into the ARIA Hall of Fame.

2002 National tour with original Aztecs and a who's who of Australian rock in Long Way To The Top. 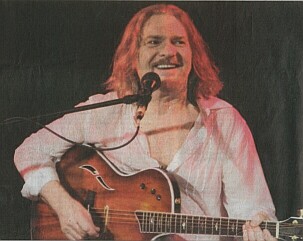 2007, Feb 28, awakes at home in Sydney in the early hours feeling ill and is rushed to hospital where he dies, age 60, as the result of a massive heart attack, surrounded by his family.

Thanks to Ken Palethorpe, Glenn A Baker, Warwick McFadyen, Patrick Donovan, and The Age.