“Eston was the brand name for Lamberti Brothers and adorned their guitars etc. The Eston guitars were EKO's (mainly) with the Eston brand. This was somewhat rare for EKO as they rarely sold under other brands except of course VOX. Maybe being on the other side of the world helped. ESTON is partly named after TONy Lamberti and the ES was from another family or staff member. ”
- Ken Palethorpe 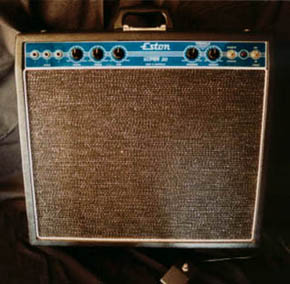 Another find from our e-Bay ferret PaulC...

As the photos load it's worth noting the text that went with this advert because it acidentally makes a couple of significant points.

“Your looking at a Vintage ,Australian built *** ESTON *** Valve/Speaker,PA/Guitar Amplifier. The Plessey C12PX Speaker is in Good Working order and it has its full compliment of valves there are 4 in total. FEATURES - : 3 inputs --- volume --- treble --- bass controls --- frequency and intensity controls and it also has a foot pedal switch attached . This item has been very well used ,the case has a number of chips and the vinyl has tears. I have powered this machine up and it blew what I think is a capacitor -: hence it is Being Sold As Is.Please-Note Packaging will be limited for this item. Thankyou for looking .POSTAGE/HANDLING -: VIC in $20 out $29 --- NSW $39 --- SA/TAS $42 --- QLD in $42 out $58 --- WA/NT $89 ”

Point one: What a sad classic example of exactly what I warn of on the front page - find an old amp in the shed, plug it in, it warms up, then ... BANG! ... one of the leaky old power supply electrolytics finally boils internally and explodes. If you are lucky nobody will be sprayed with boiling hydroxide, and the showstorm of alfoil won't actually short and damage anything else (like the power tranny).

Point two: now that the smoke has been let out and it's no longer a working amp its resale value has just been gutted, say typically to around a quarter of a going unit. For example, a going Farfsa Transichord electronic accordion sells for $200-$400, while I picked up one not going for only $50.

Point three: because of the huge difference between the going and not-going prices this sort of gear is a really good punt for the repairer. My Farfisa only required a couple of broken wires fixed and and couple of hours TLC cleaning contacts &c. Similarly this Eston should only requre a few bucks worth of components to be back in good health. 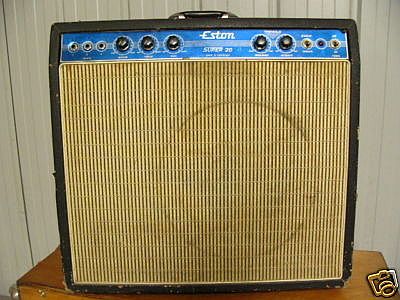 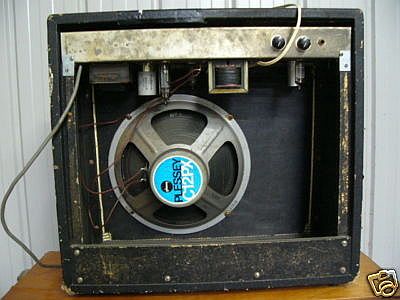 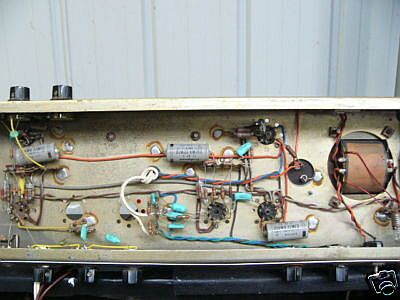 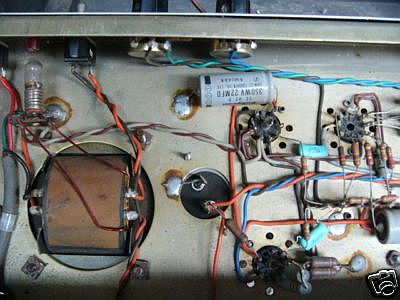 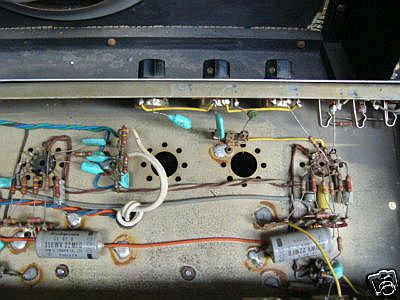 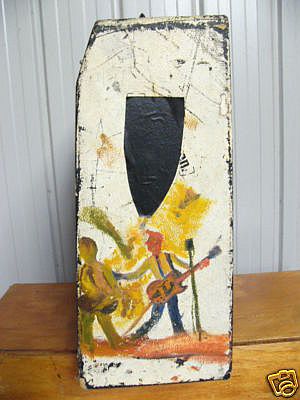