Phil Dreoni who made the Fi-Sonic had a shop in Marrickville, Sydney that he recently sold. Phil is still in contact with the guys there & they recently serviced my Fi there. The best contact there is a guy called Grey.
Source: Don Macleod, Upside Down Miss Jane (who are gigging the Fi and a Holden Wasp). 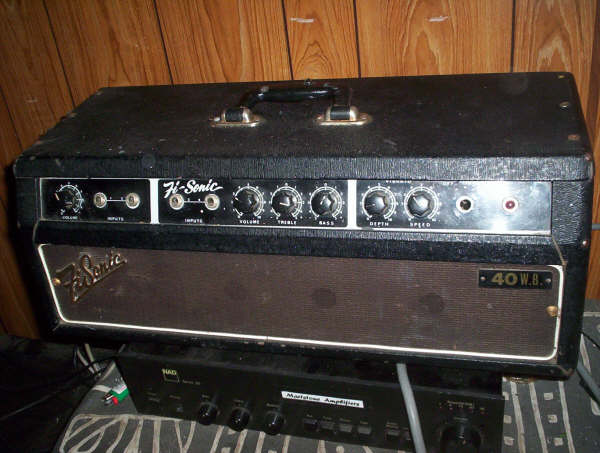 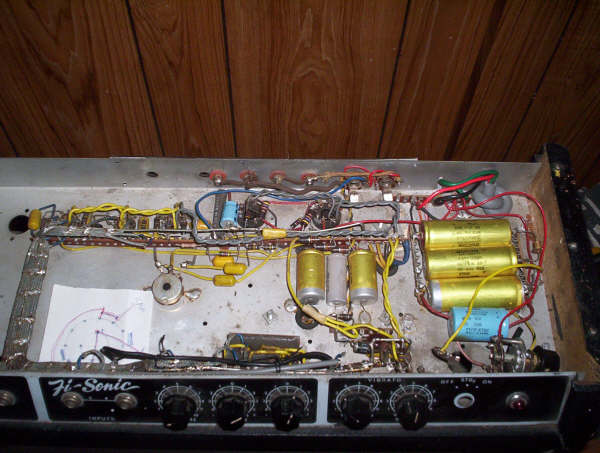 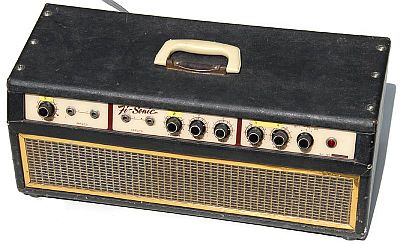 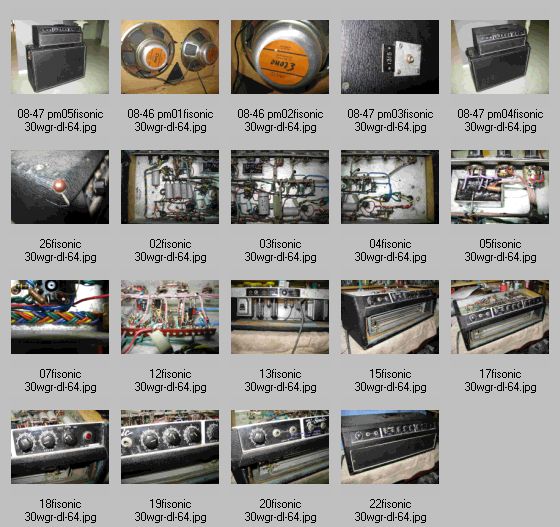 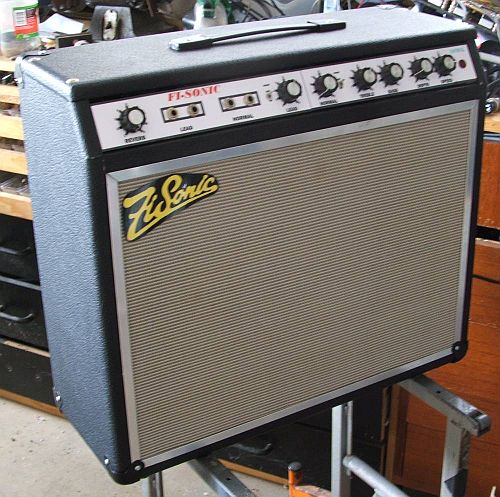 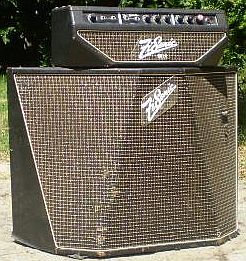 Phil obviously had some original ideas about dispersion

The tonestack box was not uncommon, partly for shielding, and partly to hide who you copied. 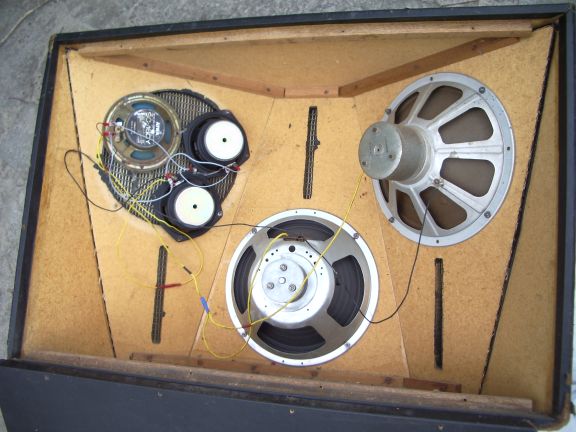 Lend it to a mate, it comes back like this.

Geoff Fagan has sent a large bunch of notes and links to photos of his gaggle of gear... Kinda two-channels with individual volume controls for Rhythm and Lead and universal Bass and Treble controls. Each channel has it's own half of a 12AX7 but at that point I get lost, I'm not really clued up enough to follow an amp circuit properly.

Speed and Depth controls for Tremolo.

Footswitch jack for tremolo. The tremolo isn't currently working. It uses a 6AV6 which is located around the front of the power transformer, not visible in any photos.

The front grillcloth and piping have been painted black which is unfortunate but probably understandable when you see the original colour, which is visible on the inside.

The KT66 are probably original and are the highly regarded British GEC. All 12AX7 are original aussie AWV Radiotron.

The top of the headshell unscrews and is lifted off for access to the guts.

Only had a brief gentle listen when it arrived as it went straight off to the tech for a service but it sounds “FAT” with a big clean round bottom end. I intend to gig it as a bass amp. 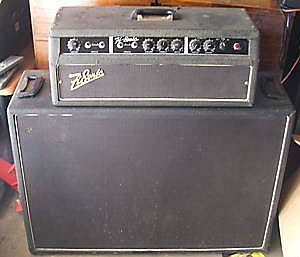 I emailed Phil Dreoni about it. He said it was one of his.

I don't know of any other commercially made Australian fuzz dating from 60's or early 70's which makes it pretty unique. The closest thing would be the EA Fuzz project. 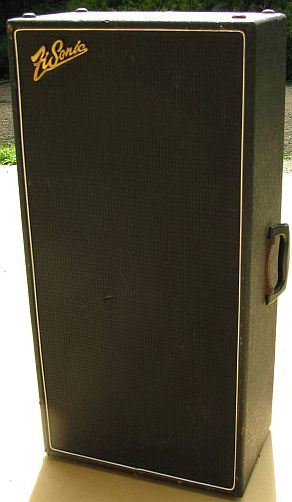 A Fi-Sonic 2 x 12” vertical extension cabinet. Originally contained a pair of MSP 12TA speakers which were both toast, probably 15 watts each at most. The previous owner was using it with a Vase Trendsetter 80 which I suspect is why both the speakers and the Trendsetter were stuffed when I bought them. The control panel layout however strongly echos a Goldentone. This looks like a good basic rig for guitar and maybe light keys.

Note the cross-orientation of the (larger) power and (smaller) output transformers to prevent coupling 50Hz into the output.

What's the little valve hiding behind the power transformer? A gas voltage regulator perhaps? it's not a good idea to position signal valves where they can be modulated by stray magnetic fields.

The huge speaker magnet just in view is in fact a cover that unscrews over an alnico hoop. Jeremy Shaw wrote (12/10/07) with these pix and a very welcome circuit drafting. (Updated: 26/10/09)
Errata: I'm a bit dubious about the third diode, but it's an outstanding first effort. Well done and many thanks.

Errata: Jeremy Shaw - 17/3/09; “you were totally right about the third diode on the Fisonic 5WG it ain't there, on closer inspection it was a blob of dicoloured solder ...sheesh.”

Remember; the tracing you may think too rough to publish may contain just the clue somebody else is looking for.

Little practise amp that wails and struts. Probably a seventies amp I'm guessing because of the circuit board. Should probably take a 12AU7 for pre-amp (has a 12AX7 in there at the moment) and has a single ended EL84 for power amp. Looks like originally had a rectifier tube (still has the tube socket with the oldest looking diodes I've ever seen stuck into it) Some repairs have been made with some mods ? I changed the 150ohm cathode resister to 220 as it ran a bit hot. Output tranny seems to be a replacement ? not sure. Distorted to hell when I got it but NOS tubes and some work makes it sing and bark or clean up. 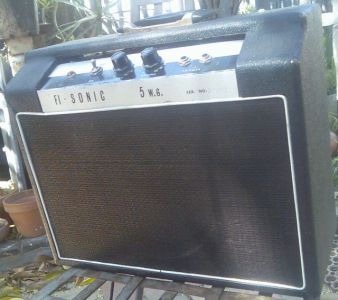 It's a FiSonic I just bought and will restore. It is the covering peeling off and I found those little things were stick on flowers, must have had a dose of love. I would love to find out more history before removing that brownish stuff, very unusual colour. The 2x12 cabinet is 2” wider at the bottom than the top so obviously was meant to stand as in the pic. This one does rather look like a refugee from an unfortunate encounter with a punk taxidermist but I'm sure Grant will sort it out.