My father was a very keen collector of guns and this is the origin of the chosen name. “Wilson” is also a Sept of the Scottish “Gunn” Clan hence the name combined some family history and this explains the spelling. At the time of starting Gunn Amplifiers my father was employed by Jansen and started the business to compete with them. My father died some 17 years ago.

Source and thanks to: Clarry Schollum 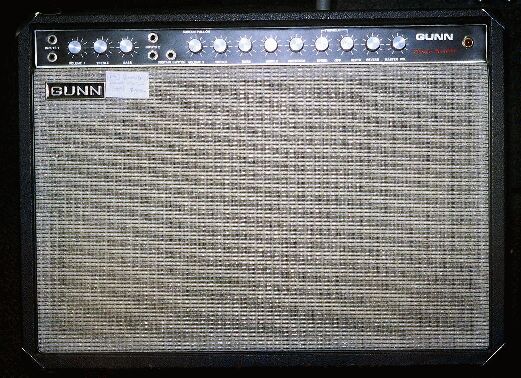 Examined one of their 100 watt heads in the Music Swop Shop. Both the valve lineup and the size of the transformers really look the goods for 100 watts. A very solid head.

Gunn 100
The amp I tested used 3 x ECC83, 1 x ECC82, and 4 x EL34 output valves. The power amp circuit is similar to some 200 watt Marshall types. The two channel amp had simple tone controls on channel one and Marshall type tone controls with a simple foot switchable gain boost on channel two. Gunn made a variety of 50 and 100 watt amplifiers, some in combos.

Warner Kickartz has sent in a gallery of a repair from NZ. 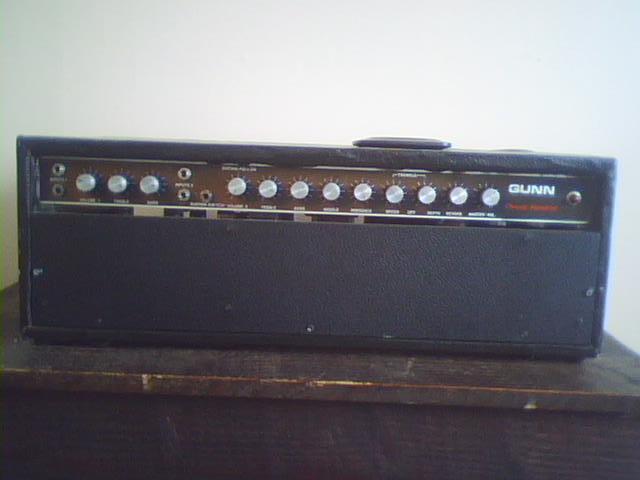 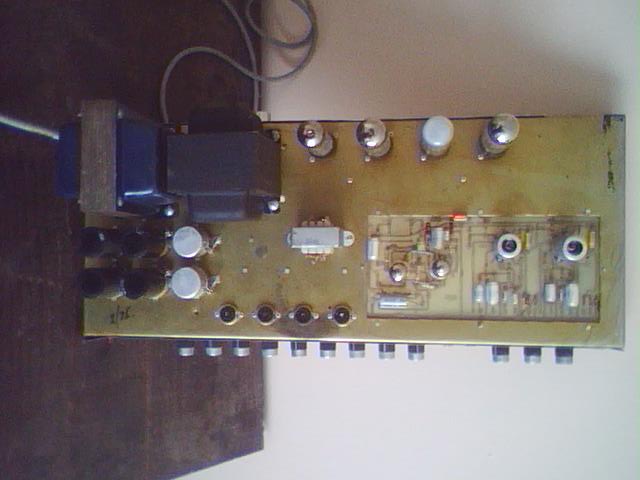 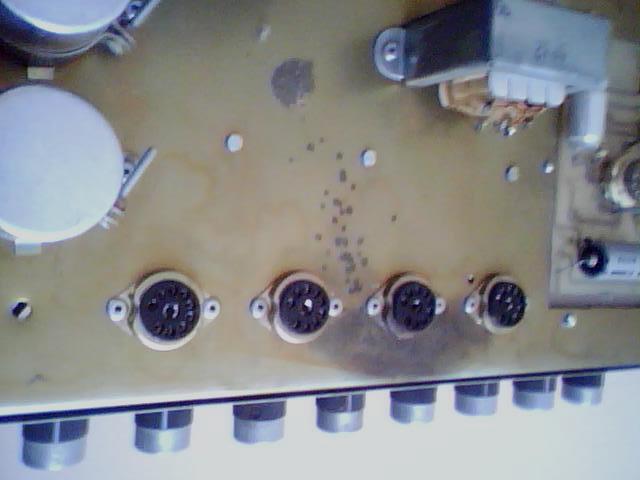 The silver getter in the valve crown turning white (above and below) is a certain sign that air has got in. 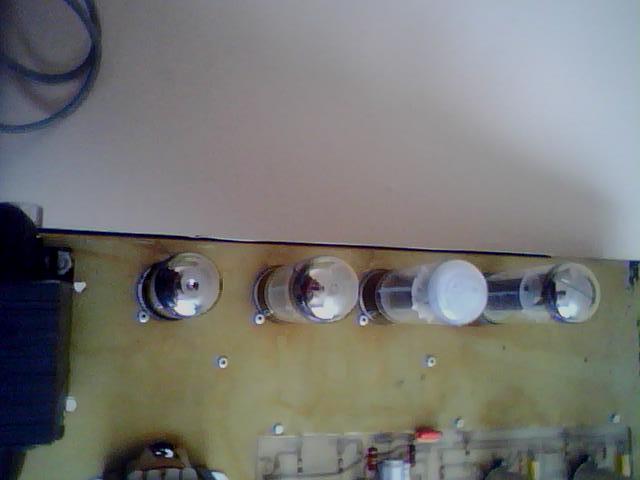 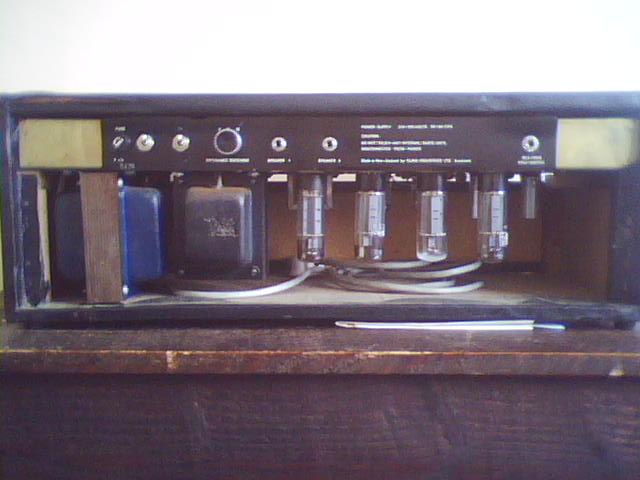 There are two good reasons for putting the output transformer at the other end - less hum pickup and physical balance. 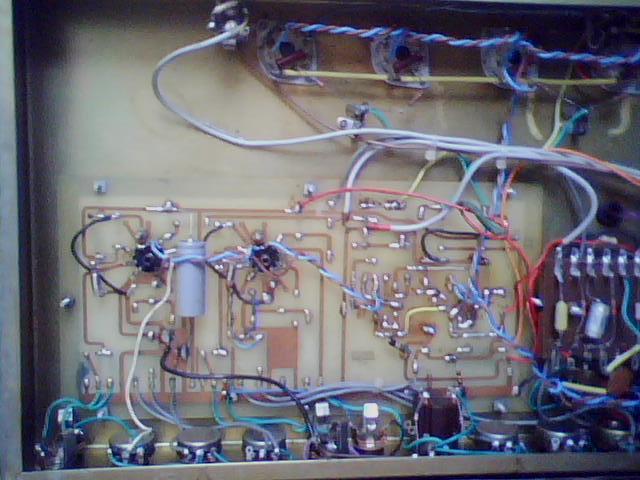 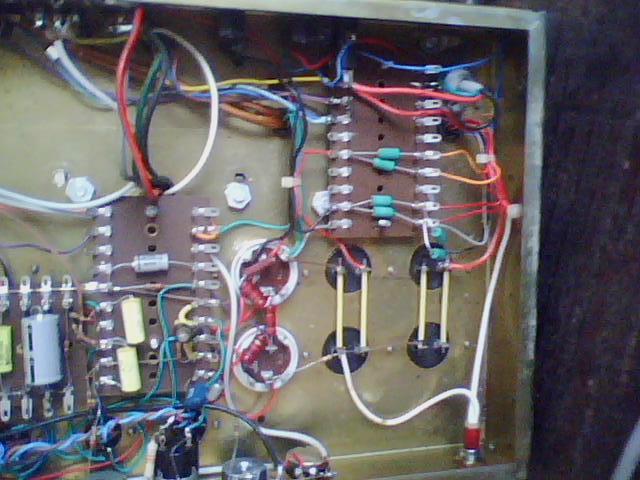 Please find attached a re-designed Gunn50 diagram which I did as cheap as possible, this one was in a horror condition when it came in, now it goes well.