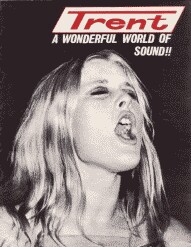 From Mark Moffatt 21/07/06 (these days producing in Nashville)

Found your site and love it. I grew up on the “Brisbane Blues”, wailing through an assortment of local amps. There were a bunch of other businesses besides Vase, none of them anywhere near as good. I noticed you had a couple of them listed.

Trent: were made by the Steck piano company, were tube amps, not that reliable and were made only in bright red tolex. The company seemed to be run by two English guys situated somewhere in the Newmarket area. Steck piano company went bankrupt in about 1969/70 and their stock was auctioned off in Brisbane.

I wish I had more info on the Trent and Overeem stuff, I'm surprised I could recall that much. I noticed the Trent pictured was originally red, and yes, one model did have flashing lights. The soot from component failure inside did not surprise me one bit. The Overeem PAs on the other hand were extremely powerful and reliable, a lot of them in use then in QLD then (200 w solid state & two columns)... the guitar amps weren't that popular.

Will watch your site with interest, and if anything else comes to light, will send it.

I also had one of these. I bought it in late 1968 from the Trent dealer in Bridge Road Richmond. I first saw them being used by The Groove at Hoadleys Battle of the Sounds 1968.

Mine was 150 watts with four Vitavox 15 inch speakers in one large and very heavy red covered cabinet. I used it in Ida May Mack and it would have been seen at Berties and Sebastions [Melbourne venues] but it didn't have the flashing lights - they were on later models (Tygon and Sonic Boom).

I have an old catalogue with a pretty impressive list of users - The Monkees (Oz tour), The Everley Brothers, Billy Thorpe, Ram Jam Big Band, Soul Jam, Vibrants, Campact, Groove, Brigade, Capitol Showband, and many others. 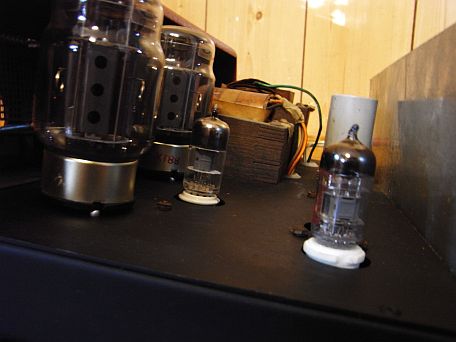 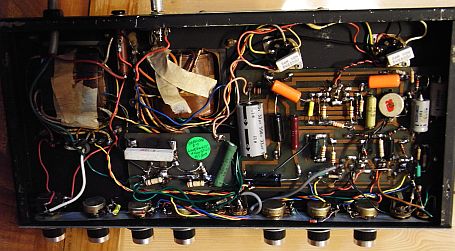 From an undated Trent catalogue (all dims. in inches, comments theirs)... 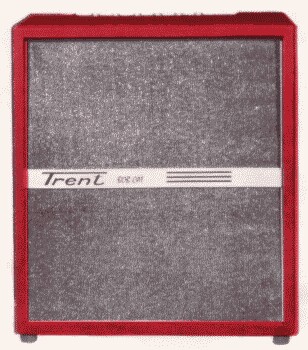 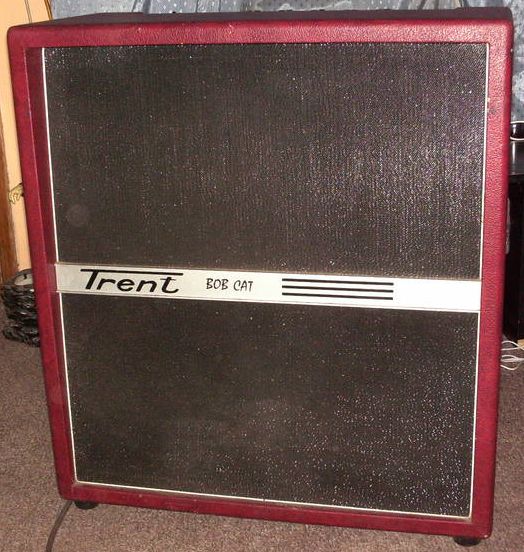 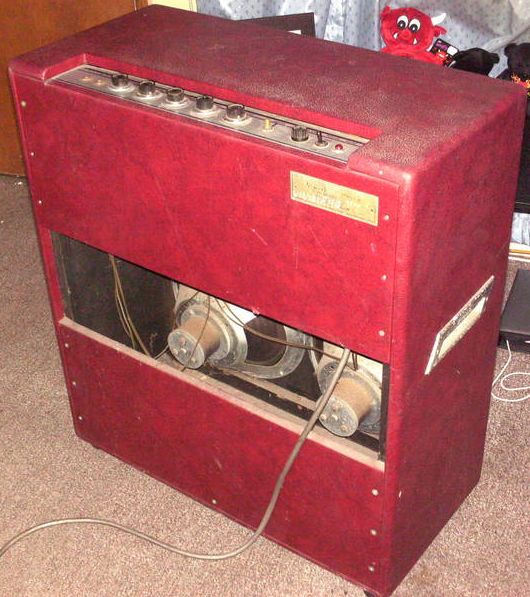 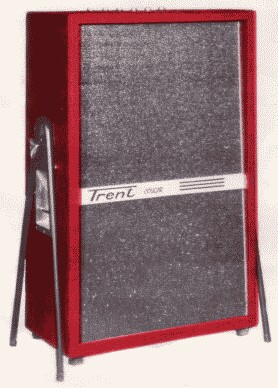 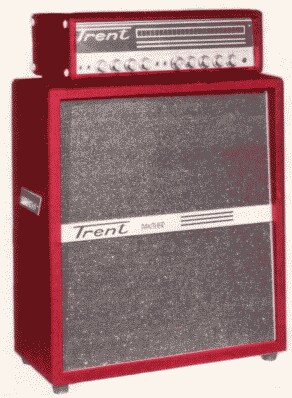 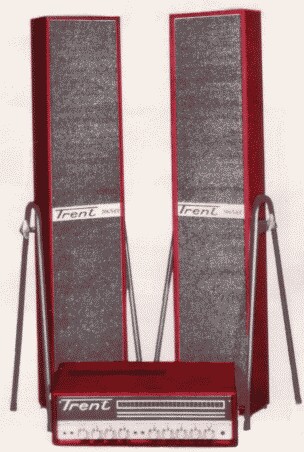 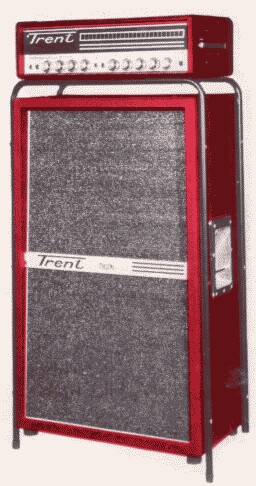 (a Tygon is the offspring of a male tiger and a lioness)
Electronic impulse system that converts sound into coloured lights on the facia of the control panel. 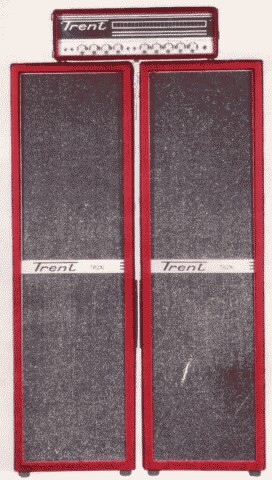 Hidden castors
Used by the Monkees during their Aussie tour
A completely new concept in guitar amplification.
Fitted with coloured flashing lights.

It's stupendous. If it is used without discretion the eardrums are in danger of permanent damage. It will overcome the screaming of teenyboppers for the popular large group, and project over a huge area.

Thanks to both Tony Naylor and Peter Hutchison for the above.

The only notable shortcoming is the placement of the output transformer right next to the mains power transformer. This will result in mains hum pickup and serious physical imbalance when carrying the head.